The Audacity in the name of Humanity

The initiative
"Inhabitant of the Earth"

The programme "The audacity in the name of Humanity " was launched in December 2017 by a group of Europeans and has been recently extended to people from other countries in Latin America and North America, Africa and Asia.
The objective is to raise awareness among citizens and mobilize them on the need and urgency to recognize humanity as a key player in the political, economic and social regulation on a global scale. Only humanity, as such, can speak and act effectively to change the world in the interest of and for the protection of the life of the Earth and all its inhabitants (all living species included). In this context, one of the first concrete initiatives is the convocation of the Agora of the Inhabitants of the Earth (AIE) in the days 13-16 December 2018 in Sezano (near the city of Verona), Italy.

The Agora of the Inhabitants of the Earth pursues two major objectives:
- the first one is to contribute to the process of building humanity by discussing and elaborating new perspectives to "change the future" and, to this end, to approve a document of commitment, a "Charter of Humanity" or "Charter of the Human path". The "Charter" will capitalize much on the great values affirmed and lived by humanity so far, and will express the visions and constructive utopias conceived by the inhabitants of today's earth in view of their realization. The world is no longer the same as that of 1950 and 1990. The "Charter" will thus provide the reference framework for the several processes of construction of the humanity for the next 15-20 years.
- the second one is to realise what has been mentioned above by launching during the Agora the Initiative "Inhabitant of the Earth - World Identity Card" promoted by a network of municipalities from different continents, focused on the issue by the municipalities to their inhabitants of a World Identity Card "Inhabitant of the Earth", in which only the name and surname, the date of birth and the country of residence will be stated.

The " Card " will not have any formal legal value nor can it be used as a passport. Its value will be of fundamental importance on a symbolic, human and social level. The Charter "Inhabitant of the Earth" will be issued by municipalities or equivalent local communities, precisely to emphasize the roots of every human being in the various places of life (oikos) of the mother-earth.
The Municipalities attending the Agora will define all the technical and practical aspects of the Card.
The municipalities will deposit a copy of the "Inhabitant of the Earth" cards issued by them at an ad hoc UN office and will be responsible for their safekeeping, protection and updating.
Through the "Inhabitant of the Earth" card, municipalities will recognize that human beings are first and foremost "inhabitants of the earth" and that they live together in "human communities" even before and regardless of whether they are Chinese, Senegalese, Uzbek, Finnish, Syrian, American, Brazilian, Quebec, Japanese, Kenyan, Tunisian....
The card could be issued from spring 2019.The first municipality that has decided to join the Initiative is the Municipality of Riace, Italy, followed by the Municipality of Fumane in Veneto. The mayor of the municipality of San Lorenzo, Province of Santa Fé in Argentina has expressed its willingness to join the initiative. Contacts in this direction have been taken with the mayor of Liege (B) and Lisbon (P).

The Agora of the Inhabitants of the Earth will be a beautiful and joyful chance to celebrate the beginning of a new journey for humanity taking into account that each and every one of us belongs to the City-Earth and this thanks to the central, concrete role of the municipal communities. New roads for humanity living together will be paved from here, new spaces of life will be created and more valuable and lively perspectives will be opened in the interests of all the inhabitants of the earth. 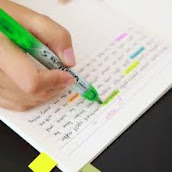 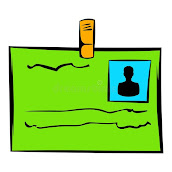 Agorà of the inhabitants of the Earth